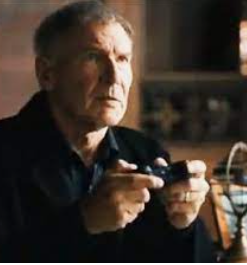 I could never have imagined Harrison Ford playing PlayStation but here he is.   I wonder if he has played The Indiana Jones version?   How weird would that be?  Possibly just as random as this advertisement.

I wonder What Lies Beneath a celebrity choosing to do particular Asian advertisements?   Perhaps it is not always the money. Maybe Harrison is a true PlayStation fan and was Frantic with excitement when he was approached to do this?

Mr. Ford will never be in any Clear and Present Danger of being ridiculed for his choices.  He is too ridiculously cool for that. 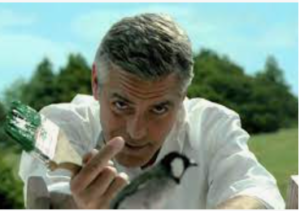 George Clooney and Asian beer are a match made in heaven.    I have blogged about him before regarding his unbelievable generosity.   He has never been a Money Monster.   I can imagine that he may well have donated the proceeds of this advertisement to some good cause as that is the type of guy that he is. 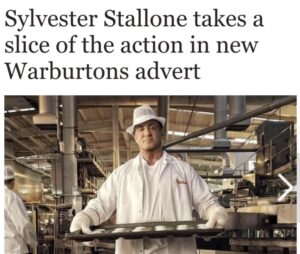 As a child I always remember the movie ‘Rocky’ with Sylvester Stallone. He was always a bit of a ham/Warburton’s actor (excuse the shocking pun).   My first boyfriend was called ‘Adrian’ and my younger brother used to shout it (Rocky style) before he called to pick me up for a date.

He was also shorter than me and of course my witty brother got mileage out of that also. Once he remarked how lucky we were that we did not have a long pile carpet in our house at the time as otherwise Adrian would have needed a sickle to get through it.   We only dated for a short time after that.