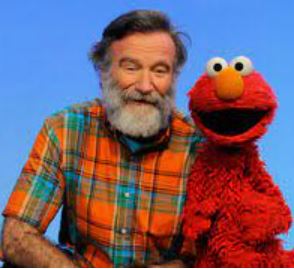 ‘Taking propofol for sleep is like taking chemotherapy as you are tired of shaving your head’ has to be one of my favorite comedic similes ever.  To see Jennifer Saunders and Elijah Wood crack up when he makes this statement makes the whole moment even better.

As a former nurse, Propofol was used a lot in theatre as an anesthetic as it has such a short half like. Basically, meaning that you regain your consciousness quite quickly once it has stopped being administered.

I believe that the Doctor ‘Conrad Murray’ that prescribed it for Michael Jackson was struck off the medical register for malpractice and jailed.

Robin Williams lights up when he speaks of his beautiful daughter ‘Zelda’ and the origins of her name.  Maybe ‘Sonic’ would be a good name for a boy? After ‘Sonic the hedgehog’? Graham Norton mentions changing his name to ‘Smirnoff ‘in this clip so that he could possibly make easy money for promoting the brand.

I began to think that maybe the favorite tipple for Conrad Murray before he went to jail was also ‘Smirnoff’ but that it should have been called ‘Strukoff’ once he was jailed. In that he was ‘struck off’ the medical register for malpractice. What do you think?

There will never be anyone that comes close to the genius of this man. He is sadly missed. But thank goodness for his wonderful films, comedy and interview clips like this. I found another Sesame Street clip with Robin Williams which I have to share. 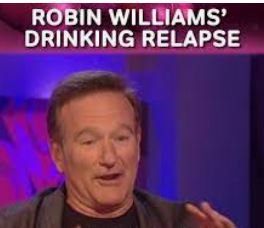 Robin Williams was so open and honest about his alcohol and drug addictions. Comedy can often be the most powerful method of highlighting the dangers of addictions.  In this clip his genius is so apparent. The devilment and debauchery that he must have had with Peter Cook was no doubt legendary.

I often think that someone may have watched this and been inspired to write the movie ‘The Hangover’.  As a former drinker I can relate to many of his stories. Particularly when he explains the come down.’ What comes up must go down’ is a phrase I still use today.

One of my craziest memories of an all-night drinking session was when I was staying in Sitges in Spain on a corporate training weekend.   I was working for a multinational company and we were very well looked after.  After getting well-oiled we all headed to the beach to go skinny dipping.   I invented ‘invisible handball’ in the sea which entertained us for a little while.

On the way home we could find no taxis as they were all full.  I had the bright idea of lying down in the middle of the road to force a taxi to stop.  Basically, doing a human impersonation of a sleeping policeman.  A taxi did stop.

There was a couple in the back and the taxi man had no intention of stopping for a few nutters who thought that it was a good idea to lie down in the middle of the road.  I still cringe when I think of my foolhardy and carefree alcohol fueled days.  I am still just as foolhardy and carefree now just minus the alcohol. 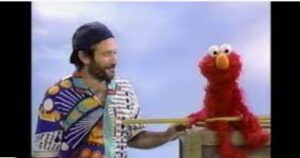 It is hard to believe that-as the clip points out- it is seven years since we lost Robin Williams.  Such an immense and unique talent. There has been and never will be anyone quite like him.

The only other comedian that I believe may have elements of his talent is Jim Carey.  As Robin Williams is such an immense talent, I feel the need to honor him in three blogs over the next few days. And possibly because so many wonderful clips featuring him have popped up for me.

He was superb in Aladdin. And I have such fond memories of when he was ‘Mork from Ork’in Mork and Mindy.

When I was younger, I loved saying ‘Nanu Nanu’ to anyone who was willing to partake in the alien ritual.  If I try it nowadays, I get some weird looks as it is no longer recognizable.

When it was on TV a cousin of mine got a pair of rainbow braces-just like Mork- from her father when he returned from America.  She was the envy of everyone in her school.

I couldn’t sign off without a reference to Sesame Street. This is just so ridiculously cute.   Particularly when Elmo says ‘I only had three lines’.  So many stars have appeared on Sesame Street over the years but this has to be my favorite appearance by far. 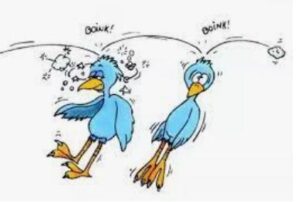 Following on from my pheasant story yesterday I became curious enough to research the origins of the phrase ‘killing two birds with one stone’. Considering it is such a well-used idiom I began to think of how cruel a saying it actually is.

It has its origins in Greek Mythology from the story of a father and his son called Daedalus and Icarus. Two birds are killed with one stone by Daedalus to use the feathers to make wings. Both father and son escape from the Labyrinth on Crete using these wings.

Even though the phrase is unpalatable when I really think about it, I am a fan of its intention. Working smart appeals to me. Why do one task when I can do two at the same time.

Case in point is how I cook as I always tend to batch cook.  Last weekend I cooked a (even if I say so myself) magnificent vegetarian lasagna for a few friends.  I am not a vegetarian myself but it was well received. Instead of cooking one batch I cooked two and froze the rest.

Afterwards the craic and the giggles were mighty.  As we sat around chatting afterwards one of the girls asked if we had reached a point where it would be unnecessary for people to come out and announce that they are gay.  In other words, as a society can we just accept people as they are without judgement? I had to go one step further and said imagine if someone said the following

‘I have an announcement to make. I am coming out. I am black’.

We all got the giggles. But according to another friend as a society we are not there yet. As many people still face non acceptance and discrimination. Please God we will get there one day.