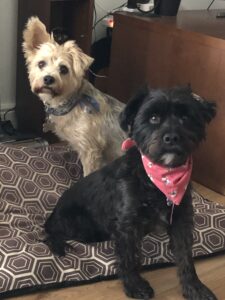 What a beautiful day it was today.  I had one of those carefree days when everything that could have been right was right with the world despite the current lockdown. So much so that when I brought Buzz and Finn for a walk this morning, I decided to let them off their leads as the park was empty.

It is always a very considered decision as I know I am playing poo roulette with myself as the possibility of Finn requiring a bath after some messy play is dreaded and real.  Finn has a penchant for rolling in it and also eating it.  If he finds particular leavings of another dog to be decidedly odorous and piquant this merits him rolling in it frenetically for least 5 minutes. I have watched him do the sniff, drop and roll on one leavings for at least 20 times.  It is a veritable poo frenzy for him.

I lost the poo roulette game.  Back at home I geared up to bathe Finn as the smell had my eyes watering and it felt like some of my nasal cilia had been singed. Even Buzz is dodging him and he is not averse to joyously sniffing the stuff although thankfully he does draw the line at eating and rolling in it.

Finn is unsurprisingly reluctant to enter the bathroom and pulls at the lead.

I say to him ‘You can’t have your poo and eat it too’. When I smiled realizing he did and he has.