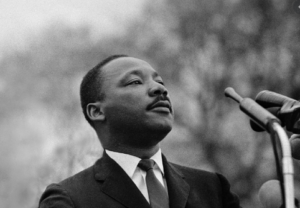 Today was Martin Luther King Junior’s birthday.  He was the chief spokesman for nonviolent activism in the civil rights movement. As well as being a Nobel Peace Prize laureate.

I reminded myself of his magnificence by watching his famous ‘I have a dream’ speech. On August 28th in 1963 during the March on Washington he called for civil and economic rights and an end to racism in the United States.

My favorite line from his speech is ‘to be judged on the content of your character and not on the color of your skin’.

King was assassinated in 1968 and in 1983 President Ronald Reagan signed the holiday into Law where it was observed three years later.

We have come a long way in our attitude to racism in Ireland.  It is humbling to consider how our diaspora are welcomed all around the world and how it is important that we give this back to newcomers who choose Ireland as their home.