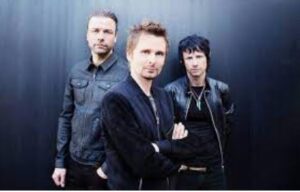 I dreamt last night that I was spending the evening with one of my favorite bands ‘Muse’.   Dreams that feature one of the best bands on the planet are rare for me, which is why I feel the need to share it.

I had the very great pleasure of seeing them perform their debut album ‘Origin of Symmetry’ in Colston Hall in Bristol in 2001.  They are unreal live.  Matt Bellamy’s voice almost rivals that of Freddie Mercury.

Here is one of their best songs

In my dream we were discussing bands and songs that meant the most to us. Matt Bellamy- the lead singer of Muse- asked me about songs that I adored but that lyrically did not make any sense to me.   I mentioned that REM are famous for this albeit that they were one of the greatest bands in the world throughout the 80’s and 90’s.

We agreed that Vampire Weekend are an exceptional band even with their rather abstract lyrics.   The song ‘Oxford Comma’ was discussed.   I pulled up the lyrics and we tried to make sense of them. Here is the really cool video for your perusal. Oh, and ‘A Punk’ too just because I love it. Tomorrow, I attempt to write an Irish version of Oxford Comma……..

Oh, and as I am on a bit of a roll here is ‘Barbara Streisand’ by Duck Sauce which features the lead singer of Vampire Weekend ‘Ezra Koenig’, Kanye West and Pharell Williams.

I am thinking of writing a song called ‘Linda Martin’ in homage to our wonderful Irish Singer and winner of the 1992 Eurovision as inspired by this Duck Sauce song. What do you think? Let me know in the comments.