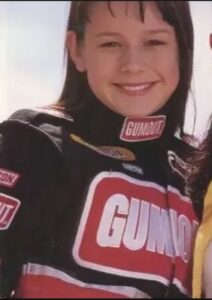 What a girl.  What an actress. What a name. Actually, I am not too sure about the name?  Named after a cheese?  Well maybe it is better than Gorgonzola Larson, Mozzarella Larson or Gouda Larson.  Although thinking it through if her parents did name her after a love of their favorite snack, they could have called her crackers. So perhaps she had a lucky escape with Brie.

I wonder if she is any relation to Gary Larson of the brilliant ‘Far Side Cartoons’.  Although I doubt it somehow.  Mentioning this fact is really just an excuse to post one of his cartoons. 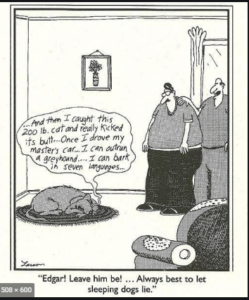 Brie received the best acting Oscar for her role in ‘Room’ written by the amazing Irish author Emma Donoghue.  To prepare herself for the role Brie confined herself to her home for a month. Maybe she had a crystal ball and could see Covid around the corner.    Killing two birds with one stone?    Movie and Covid practice. Boom! Job done.    It is a harrowing movie to watch and the fact that it is based on true events makes it all the more horrific.

Little known facts are that she was in a band and she is a gamer.  I had to look up the name of the band as I was desperately hoping that it was cheese-related.

I know that I should stop now before I go nuts on the cheese puns.  But unfortunately, I cannot.    ‘Punitis’, a well-known affliction is something that I suffer from regarding the indiscriminate overuse of puns.

Perhaps her band was called ‘ Cheesus ‘? ‘Feta Chicks?’, or ‘Grate Magic?’. It turns out that it was none of these and her band’s name was ‘Metric’.