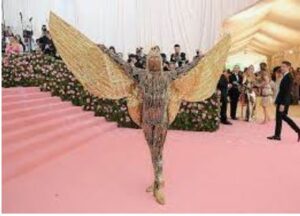 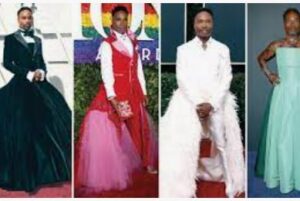 I just adore this guy.  Not only for his fashion sense but his sense of humor, singing and his obvious acting chops.  He was enough of a sensation in 2013 playing Lola in Kinky Boots that he won a Tony award.

The fact that he started off playing Fagan in high school only adds to his magnificence in my eyes.  I saw Oliver in the West End in 2000 and was blown away by the production.  Ever since then I have measured every musical against it and they have all failed to live up to the standard of Oliver.

So much so that I have decided to stop going to musicals to prevent being disappointed. Even The Lion King 4 years ago in the Bord Gais theatre in Dublin was a woeful disappointment for me.

I have decided to stick to plays and I cannot wait until I can go to The Gate Theatre in Dublin to watch a play.  The two best plays that I have seen over the last many years are ‘Quiet’ which I saw in The Gate theatre and ‘The Risen People’ which I saw in the Abbey.  I am being greedy when I say that I cannot wait to see a band in a venue or go to a music festival also. Bring it on.