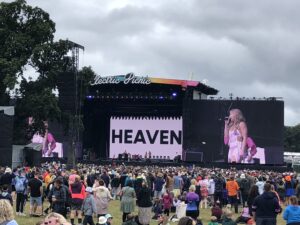 I was so excited. After four years, I was going back to Electric Picnic with my best mate, and it was her fourth and my fifth visit. As a festival junkie over the last two decades, I was about to enter my idea of Nirvana. However, this was not to be the case. 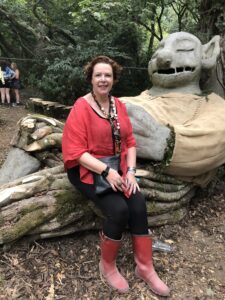 As usual, we had booked our glamping (old fogeydom is beckoning) and were looking forward to not having to pitch a tent.  We knew the trek to the site would be about an hour or so, but in the end, it took us two and a half hours. I had tried everything the night before to download a map, but it was impossible. As one of the Picnic stewards informed us, the Electric Picnic app needed to be downloaded a week before as it was not working properly on Friday. I was not Appy. As a result, we went to the wrong campsite, which was at the other end of the field, 3kms away. 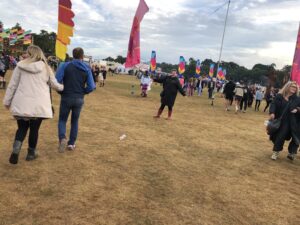 This steward was one of eight that we asked for directions to our campsite. None of them knew where anything was, and it was as if they were mimicking Dougal from Father Ted. Walking through the Jimi Hendrix campsite was like a scene from Mad Max crossed with Armageddon and the night of the living dead. When we got to our campsite, the registration tent was closed, and we had no clue where our tent was. The field had about fifty tents, and we slowly checked each one to see where we could rest our weary bones. When we had started the trek to our tent, I had joked to my friend that it would be like climbing Croagh Patrick. Little did I know that the quip would come back to bite us in the arse.

The campsite organisers had texted my friend with vague directions but failed to mention that there would be nobody to check us in at the end. Miraculously, my friend found our tent after some time. We threw ourselves down onto the inflated mattresses and rested a while before entering the main arena to see our favourite acts.