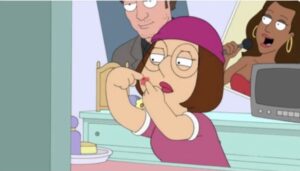 I may well be on a roll here with the top tips this week. A certain well known Doctor famous for popping pimples the size of Mount Vesuvius has provided me with an enlightened moment today.  As I flicked through channels earlier, I happened upon her show.  I watched with a mixture of unease and aversion.

Some of the patients had really suffered both mentally and physically as these were no ordinary pimples. Many were hugely disfiguring. I had just finished my dinner. Once she had completed the act of popping what can only be described as a pimple the size of the hunchback of Notre Dame’s hunch, I felt rather queasy.  Actually, I was almost on the verge of retching.

And here is the clincher.  The battle of the bulge is an ongoing battle for me.  I have tried and continue to try a myriad of diets, from the cabbage, to the keto and everything in between. The cabbage diet left my apartment smelling like a silage farm. I am sure that I saw both my dog’s eyes watering.

I remain stalwart in my efforts to lose weight.   Once the extreme nausea subsided, I thought to myself that if I taped the series and watched it before my dinner every evening, I would lose my appetite.  One of the patients had removed what can only be described as double chicken fillets.  I have now gone off chicken for life.

So, here goes the pimple popping diet. I will let you know how I get on.