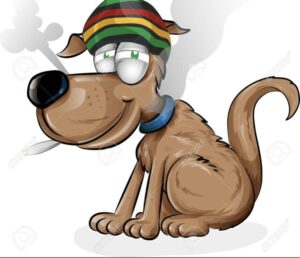 Today has been a bit of a weird one. As was yesterday.  But that’s another story.  I had booked a webinar a few weeks ago on how to improve your memory and forgot about it. The irony is obvious but getting it doesn’t really help my memory.  I needed to head out to the shops to get some things and as usual I put You tube doggie relaxing music on the TV.

Normally my last video played comes up as saved but today it didn’t.  A ‘Doggy relaxing reggae’ video came up.  For some bizarre reason I instantly became indignant.  I am a bit of an obsessive music and music festival fan (I have been to Glastonbury 8 times since 2002 and intend to keep going till I am 75. At least that’s the pledge I made to myself in front of the Pyramid stage in 2004). Not being a fan of Reggae I instantly thought ‘my 2 pooches aren’t listening to that’.  I realized as I was thinking it how mental it was but still could not help myself.

Once back from the shops I brought Buzz and Finn for their walk.  When I got home, I checked my steps on my watch and realized that I had forgotten my watch.  I was raging as I was sure that I had hit the requisite 10,000 steps. My weekly step average would be way down as I had forgotten over the weekend also. I found my watch and put it on. Shepherd’s pie was what I had planned for dinner and as I was grating the veg my steps were going up.  I ended up grating a couple of carrots down to mini batons but I hit the seven thousand steps. I was very grateful. (euuggghhhh, that’s even bad for me- pun therapy continues).