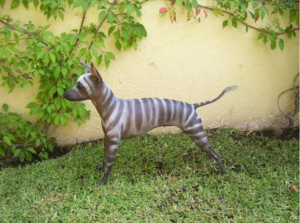 www.petful.com- The reference re the Neapolitan Mastiff resembling a Salvador painting is from Dave Baker from the above link.  I had to look twice as initially I thought his name was ‘Barker’.  How I nearly laughed when I considered for a millisecond that his name was Barker and he was writing about dogs.

The dog featured is a ‘Xoloitzcuintli’.  Try pronouncing that after a few bevvies. The Xolo, a Mexican hairless breed, is not only funny looking, but it’s also quite rare.  According to Mr. Baker the pronunciation goes something like this “SHO-lo-eats-KWEENT-lee”).

Neapolitan Mastiff – Just love this photo and had to share. 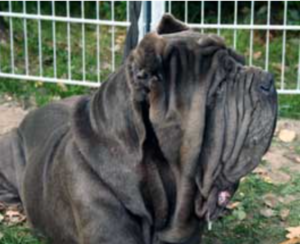 This poor pooch, with is massive wrinkles and sags, looks like something out of a Salvador Dali painting.

Here are some more silly dog breeds for your perusal.