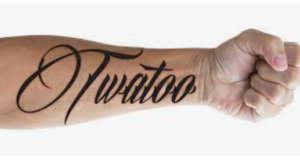 At the petrol station yesterday, someone was being quite belligerent in the queue. Another customer who apologized had to pass by him to get to an aisle and he loudly sighed and said ‘For fucks sake’.

I noticed he had several tattoos on his arms and wanted to say that I was admiring his ‘Twatoos’ (a twat with tattoos) but as usual I lacked the assertion. I am by nature averse to confrontation and this would have inflamed an already possibly volatile situation.

It got me thinking about the nature of intolerance particularly during these times. It’s all very well and good to pontificate about being kind but I realize that everyone’s nerves are frazzled at present. However, perhaps if I had said ‘If you are trying to be unkind, you have succeeded’. Although in retrospect I am glad that I said nothing.

I got home and as I put the kettle on an Edinburgh fridge magnet fell off my fridge. I took it as a sign and decided I might try and be Scottish for the day. Just to mix it up and take a break from the prosaic. I proclaimed to Buzz and Finn’ -my two morkies-Ach aye the nooo’, and both of their tails began to wag furiously. Who knew that they spoke Scottish? It cheered me up immensely following the petrol station event.