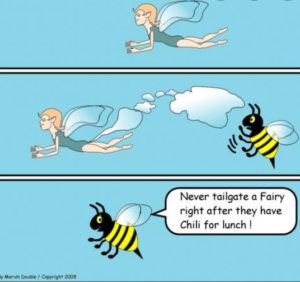 What do you call a dirty Fairy?

I am a Fairy.  My name is Nuff.  Fairy Nuff (Fair enough) Is one of my favorite Irish (lesser well known) expressions.  I have mentioned it in a previous blog.

It was so lovely today to see some of the school kids dressed as Fairies as they came home from school for World Fairy Day.  One of my neighbors has a lovely little Fairy Garden which attracts a lot of attention.

They seem to be all the rage now.  From parks having ‘Fairy Spaces’ to houses devoting their front gardens to the little pixies.  And of course, ‘Fairy Liquid’ which is not actually anything whatsoever to do with fairies unless it is made from their souls once they die. Which I sincerely doubt.  I might consider emailing Proctor & Gamble to clarify this fact.

Although I did tell two of my nieces when they were much younger that ‘Coca Cola’ was made from Koala bears and that they had to change the names to ‘Coca Cola’ as no one would buy it if it was ‘Coca Koala’. They believed it for a while. And then they grew up. 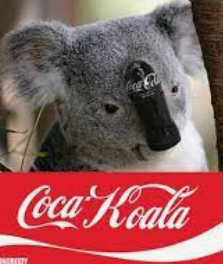 I have arranged shells outside my front door in a meandering curve fashion.  Following the line of the rim of the external garden. My neighbor has a gorgeous little 4-year-old girl whom I have asked to watch out for the Fairies.  I told her that I think the Fairies from my neighbor around the corner have re arranged the shells. She is happy to be on Fairy watch for now. I will however refrain from telling her that Fairy Liquid is made from the souls of the fairies.