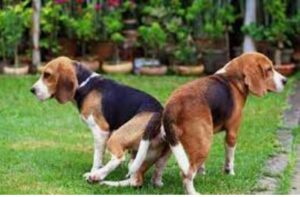 I attended a lovely party over the weekend for a very dear elderly friend.  I have met her on many occasions over the last may years as we meet when walking our dogs. The girl that hosted the party pulled out all of the stops.  Gazebo, bunting, fairy lights, cakes galore and the most magnificent fire pit.  I later found out that she was an event organizer which was no surprise considering the general party standard.

Turning up in my duds was not such a good idea.  For some reason I expected maybe two or three people and not a party fit to be a ticketed only event. Several dogs were also in attendance in honor of the birthday lady’s love of dogs.

We heard yelping and discovered that two dogs were entwined following a frisky interlude. They appeared to be unable to become unstuck.  It was quite frightening to witness as I had never seen it before. Most of us were unsure as to what to do as you could see that they were uncomfortable.  We left well enough alone which eventually worked.   We all laughed about it once they did become unstuck.  I mentioned that the same thing had happened me the night before which got a laugh.

This video describes the event as I could not understand why they were back-to-back.  It looked very painful.