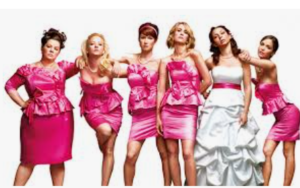 I was chatting to somebody the other day who mentioned that she was attending a Hen Weekend. I was reminded of a trip to Barcelona I went on in the early noughties with a great group of girlies to celebrate an upcoming nuptial.

One of the group brought a really cool pack of ‘pick up lines’ cards. We sifted through them and picked out the ones that resonated with us all. The new deck was shuffled and each Hen picked a card.

The forfeit was that if you failed to complete the chat up line with a guy from our Porto Olympic bar crawl in Barcelona you would have to do a shot of the groups choosing.

All was going well and we each appeared to have chosen a card that suited each of our personalities. Mine was ‘Is this seat taken?’ which was to be said as I touched a guy’s arse.    I dutifully delivered my line to a very cute Spaniard who ran a mile as though he had been sexually assaulted.   Which looking back was most probably the case.

Here are some of my faves.

‘Well, that broke the ice’. Well, at least it was clean and kinda cute.

One of the girls had to check the label on a guy’s shirt and ask ‘Are you boyfriend material?’ Which in fairness was not one of the worst lines to deliver.

We had to get back to being smutty with ‘I am not into watching sunsets but I would love to see you go down’. The girl who had to use the line ended up with her guy for the night and she attested to his skills the following day.

Everything was going so well as there were no forfeits and we decided that if you successfully delivered the line the entire group would do a shot.     Which seemed like a much better idea at the time.