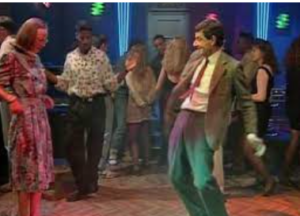 But at this stage in my life, I would most likely be classified as a nerdy dancer. I became obsessed with Robyn when I saw the following video (On TikTok) with Emma Stone and Maya Rudolph

Of course, I then had to go and learn all of Robyn’s dance moves from the video. The tumble was a bit tricky to say the least. Nelly the elephant came to mind.

Whilst walking in the park the other day I was listening to 70’s music. My favorite track ‘I feel love’ by Donna summer came on and I began to dream of her playing the legend slot on Sunday at Glastonbury. I was almost dancing around the park as I envisioned myself there.

Diana Ross is to grace the Pyramid stage at this year’s Glastonbury. What a woman. She exemplifies grace. I am envious of everyone that is going but I cannot be greedy as I have tickets for Latitude in the UK and Electric Picnic in September in Ireland.