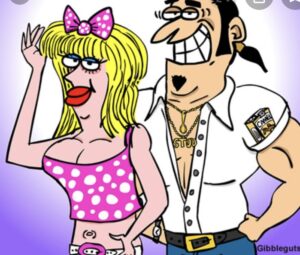 When it came around to me, I had thought about telling the truth and then I thought again.  The minx in me took over.  Silence fell as everyone was waiting for me to reveal my name.  I took a deep breath and announced, ‘Licky Licky long time’.

I’ve realized since that ‘Licky Licky long time’ is actually quite a good name and perhaps if I do ever decide to enter the industry or open an Only Fans page that this might stand to me. Then again, perhaps not.