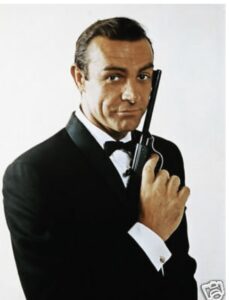 (Warning the following may offend or make you giggle)

It’s so sad to have lost the great Sir Sean Connery. The one and only James Bond. With his devilishly handsome looks, a raised eye brow and come-hither look. He epitomized the swarthy sexy hero. And just in case that wasn’t enough he had the ever so sexy Scottish accent to boot.