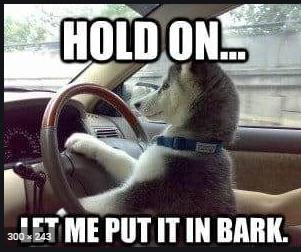 Lately they have copped on to the fact that the vet comes with a caveat. Yes, there may be lots of lovely smells but there are also needles and fingers up bottoms which they are not too fond of. And as a result, as soon as we turn the corner to go up the driveway of the vets, they begin to bark their gorgeous little heads off.

I must admit to being somewhat negligent as a pet owner. Some months ago, I received a text message reminding me that Buzz&Finn needed their vaccines. I ignored it as I believed that it was just a money-making exercise. Embarrassingly it transpires that they require yearly vaccines. Specifically, for ‘Weil’s Disease’. Which is a disease contracted from rat’s urine.  I have a real fear around this disease. As a teenager I met a girl whilst we were both volunteering for St. John’s Ambulance. She was the first girl in Ireland to contract ‘Weil’s Disease’ in the early 1990’s.

It was a summer in the early 1908’s when the bin men were on strike for 3 months. She went out to put something in her bin and had a small cut on her big toe. A rat had peed on the rubbish around the bin which then entered her blood stream through the cut.

She told me that she was unconscious within 24 hours of the incident. None of the specialists knew what was wrong with her as they had never seen anyone present with these symptoms. She received the last rites 3 times.

The hospital flew in a specialist from the UK who could not diagnose her. An American visiting consultant decided to check her blood for Weils Disease once he heard of the bin strike. And lo and behold he was on the money. She made a full recovery with the only complication being 98% dexterity which meant that when she was writing her finger movements were slow.

I shall endeavor to do the right thing and bring my lovely pooches for their annual vaccinations.