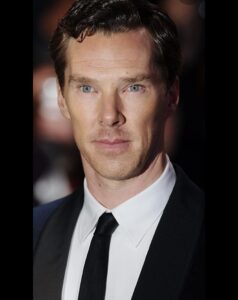 I have to admit I have never been a huge Benedict Cumberbatch fan. However, this clip posted on YouTube has managed to convince me otherwise. Benedict reads a letter from the Artist Sol LeWitt to his friend and fellow artist Eva Hesse. The content of the letter as well as the reading are awe inspiring.

Lately there seems to be an abundance of books and video clips illuminating the benefits of putting oneself first to achieve greater fulfillment in life.  ‘Untamed ‘By Glennon Doyle was promoted by the singer Adele as she states that it helped change her priorities.

It promises that in prioritizing oneself over others and setting boundaries we will all become more centered and less stressed.

One of the video clips that always succeeds in de stressing and making me smile is this clip from Graham Norton. In it Graham challenges Benedict to perform his best otter impersonations as requested by fans due to an uncanny resemblance.

It was of course only fitting to end the interview by committing grievous bodily harm to an enormous teddy bear. I almost could not bear to watch.

Perhaps it is his name that I cannot seem to relate to?  I am pretty sure that he is not losing any sleep over whether I like him or not. I feel for him as growing up must have been more complicated than most considering his rather unusual name.

Most kids get teased but his taunts must have been off the Richter scale. Perhaps the following may have been some of the names that he was called. Been a dick cumbersome snatch?   Been a dick come to bitch?

Anyhoo, I am off to watch him in the ‘Imitation Game’ as somebody recommended it, as long as there are plenty of otters in it and that he is imitating them beautifully.