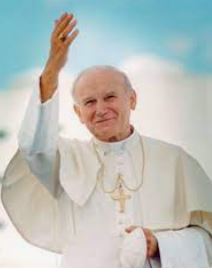 I submitted a short story to www.thi-wurd.com last month called ‘Flashing Pope’ for possible selection for publication.   Upon further consideration I began to think that maybe it is too irreverent as people will take the title literally.   Which was not the intention.

Then I settled myself and realized that no one would read it anyway.   I also deduced that as I have a mind like a sewer my story’s title was possibly meant to shock even if the decision was made on an unconscious level.

Being unconventional and shocking people in my writing seems to be something that tickles me.   I do not wish to be shocking for shocking sake as I always aim to tickle my reader on some level.   If I fail at doing this, I believe that I have failed in my objective to put a smile on your face.   Lately I have been entering a few competitions with the hopes of being published.

Since the pandemic began it appears that everyone who had wanted to write has now begun to write and as a result the hardcopy and online magazines are overflowing with applications.

Which is great as people are following their dreams but, in another way, not so great as getting published becomes harder due to the increased competition. I will let you know if my story gets selected.